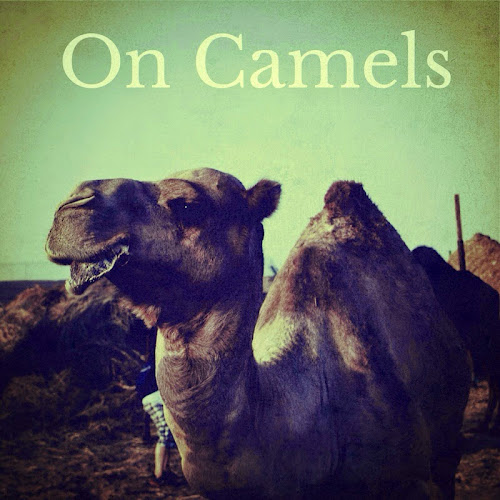 Allow me to introduce you to Waslawi. Many of you will remember Paul the Octopus (RIP) who came to fame in the last World Cup for his uncannily accurate predictions of the outcome of matches. Well Waslawi and his friend Shaheen are the UAE's equivalent, and have been busy predicting the outcome of a few of the first round of matches. Should you have some time to kill before the tournament kicks off, you can watch a video of them making their predictions here. 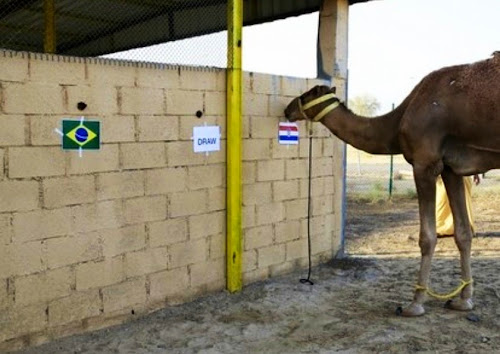 The mystic camels have predicted that Croatia will beat Brazil in the opening match so it appears that their fortune telling career may be over before it has begun. Indeed their owner is dismissive of their abilities, rather harshly stating that “they are camels, not humans; camels don't understand football”. Maybe he'll be proven wrong.

Unsurprisingly camels are very important here in the UAE, due to their social and economic value. Historically they were a source of transport, and of food and milk, and many Arabs continue to be proud of the number of animals that they own. Nowadays camels tend to be owned for racing (something that is still on my UAE bucket list, but you have to get up very early to go to the races), or farmed for their milk, but some Bedouin families still own a few to be used as sacrifices during festivals.

Apparently camels are given a new name every year, which must be very confusing for them, and their owners. One year olds are called “Hewar”, two year olds “Fateem”, three year olds “Haj”, and you get the idea. It gets more confusing when they hit six, as there are different names for males and females. There are around 200,000 camels in the UAE, with the best known breeds being Misk, Dhabian and Shtoota. Are you keeping up with all this? There will be a test later.

Unfortunately camels have come in for a bit of bad press recently as they have been identified as a likely source of the MERS, or Middle East Respitatory Syndrome, virus. MERS has infected around 700 people, killing nearly 300 of them, in Saudi Arabia in the last couple of years, and there have been a small number of cases in the UAE and elsewhere. The Saudi authorities are taking a number of precautions, including registering all camels and banning some movements across borders, so hopefully the virus won't spread much further.

We've not had a huge amount of interaction with camels so far, other than when we went on our desert safari and at the Qasr Al Hosn Festival. Given the issue above it may be better to leave it that way for a while, but I have to say that it still makes me smile on my regular drive to Dubai to glance across from the highway and see a group of camels happily plodding along, going who knows where. And it's even more surreal to be on some of the smaller roads and to come across the warning signs to watch out for camels crossing the road.

That's enough camel business. I shall let you return to the build up to the World Cup. The time difference doesn't work well for us here, I think England's first game is on at 2am so I don't think I'll be watching it live. Anyway, Waslawi and Shaheen tell me it's going to be a draw so there's no need for me to tune in.

Thanks for reading, see you again soon.