A few photos from my evening stroll this evening, as the sun started to go down. What they depict isn’t pretty but they show the reality of what it is like outside the well maintained compounds in places like Khalifa City A (where we live). 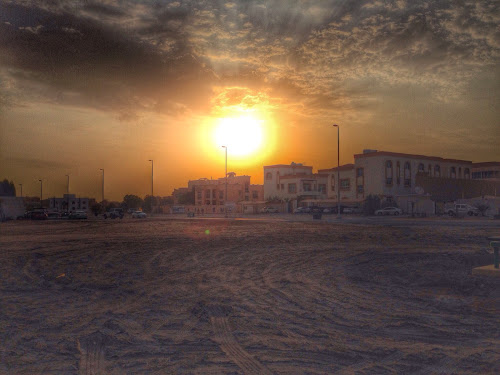 Like many of the cities emerging in Abu Dhabi emirate, Khalifa City A is made up of a grid of streets, with the gaps between the streets filled with compounds of houses or areas of empty ground, one assumes waiting for new compounds to be developed. 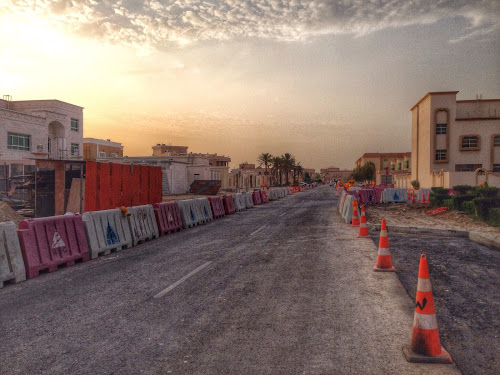 The authorities have recently started a program to improve the roads and other infrastructure in the city, and plan to spend millions of dirhams over the next few years. Just outside our compound they have been improving the drainage and are now providing more parking. Elsewhere in the city they are creating cycle routes away from the deathly roads, and adding to the parks which already exist, many of them with fantastic facilities but often hidden away in the maze of streets. 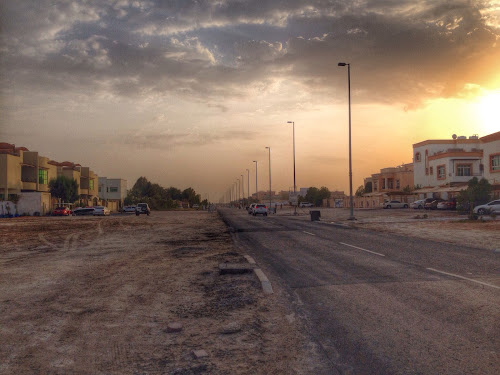 This is one of the main roads cutting through our zone of the city. All the roads are nice and wide, with this one probably being one of the narrowest. Again you can see empty ground ready for development. 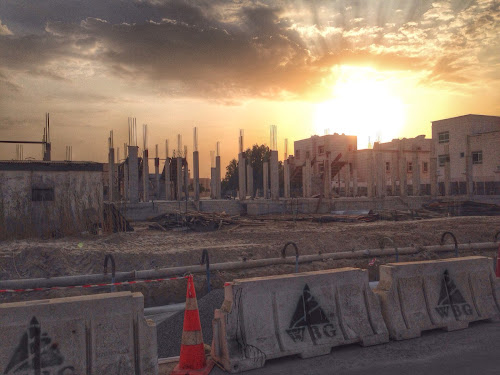 Dotted between the compounds are new houses and villas in various states of completion. It can seem that nothing is happening for months, and then suddenly there will be a surge of progress. That said, this one hasn’t moved for some time. 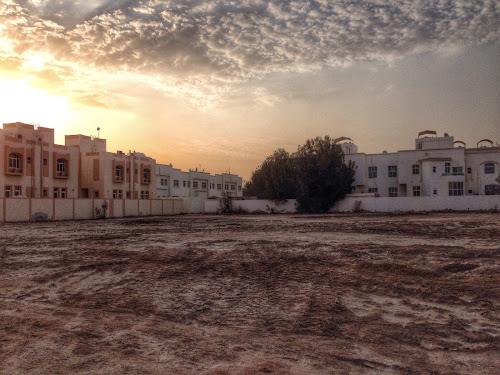 There you have it. The less glamorous side of our new neighborhood, but I still enjoyed wandering round for half an hour this evening taking in the atmosphere, until I had to retreat back home to escape the humidity.