It's ten days since I waved Jo and the kids off at the airport, and 17 days (not that I'm counting) until I see them again. I am missing them like crazy, even the bickering and crying (and that's just Jo I'm talking about ;@)), so the time is passing very slowly.

They have definitely done the right thing escaping from Abu Dhabi. Whilst the temperature hasn't really increased since they left (still early 40s most afternoons), the humidity certainly has. It was over 50% today which meant that the heat index (what the heat feels like to the human body when the temperature and humidity are combined) went above 51 degrees centigrade (122 degrees Fahrenheit) this afternoon. I'm now at the stage where my glasses steam over every time I set foot outside, which is a little annoying.

Modern technology means I am in regular contact with them, although as expected Archie and Flossie haven't really got the hang of Skype yet. Flossie did well the first time, chatting away without much prompting. Whilst it was all complete rubbish, mainly relating to One Direction, it was lovely to sit back and listen. Since then they have reverted to mainly answering “yes” or “no” in response to questions which can get a bit tiresome. Mind you, this afternoon when I spoke to them they were in a field picking strawberries, raspberries and broad beans so I can't blame them for being distracted, I know I would be. 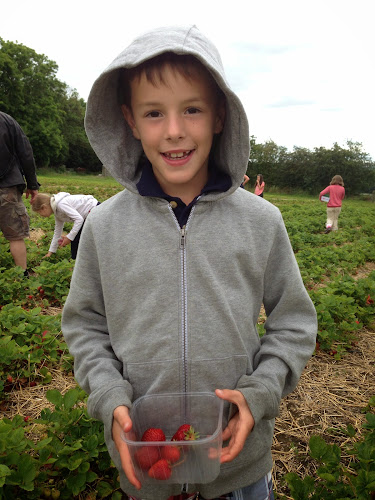 The other good thing about modern technology is that I'm getting regular photographs of what they are up to in the UK without Jo having to make any effort to send them. Any photos she takes are uploading automatically to our photo stream so each evening I can have a look at what has arrived during the day. It also means I'm automatically getting the photographs that Jo takes when she is out catching up with friends, which given she has already been to one hen party, and had one other big night out, I'm not sure she would agree is a good thing (I'll share the photos for the right price!).

My time has settled into a routine already. Get up and ready for work, make my packed lunch and head off to work for a shortened day (it still being Ramadan). Home late afternoon, most days over to the gym for 50 minutes on the bike whilst I watch an episode of Homeland, back home to shower and have tea (so far I've remembered to take one of my food parcels out of the freezer each morning). Potter on the computer for a while, sit down to watch an episode of Game of Thrones, then off to bed for a read and then sleep. 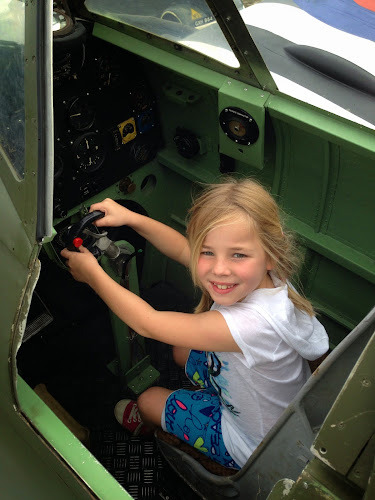 In case some of you are thinking how boring that is, I should add that I've met up a couple of times with friends who are also on their own and we've been out to the golf club or Irish bar (remember we don't have pubs here). Other than the World Cup we have spent most of the time talking about how quiet our houses are, how much we are missing our families, and how our attempts to look after ourselves are going.

On that subject I'm not doing too badly, although Jo did leave me very well provided for. That said, I did have a minor disaster last night when I decided to “cook” my own tea rather than running my freezer supplies down too quickly. “Cook” is probably too grand a word for boiling rice and stir frying some chicken and vegetables, and then throwing some Szechuan sauce in. Nevertheless I was quite pleased with my efforts and sat down to tuck in. Ten minutes later when my mouth was finally calming down from the heat (spice not temperature) I decided to have a look at the sauce jar to see if I'd missed the warning about it being extra spicy. It was at this point I noticed that the label said to use only a couple of tablespoons of the paste as part a bigger sauce. I, of course, had thrown the whole jar in with no dilution at all. 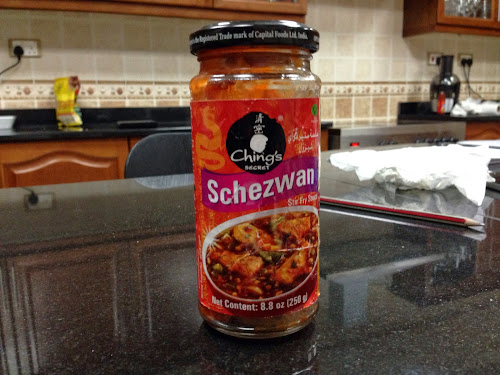 I may try again later in the week but given that pretty much every restaurant here delivers food, perhaps that's a safer option (for my sanity if not my waistline).

Apart from cooking I'm managing to fend for myself fairly well. I've been shopping in Carrefour a couple of times, along with countless other men wandering aimlessly around the aisles. I've done my laundry, although I've stopped short of washing and ironing my shirts, which I think is understandable given you can get them done for 80p each at the laundry at the “pink shops”. 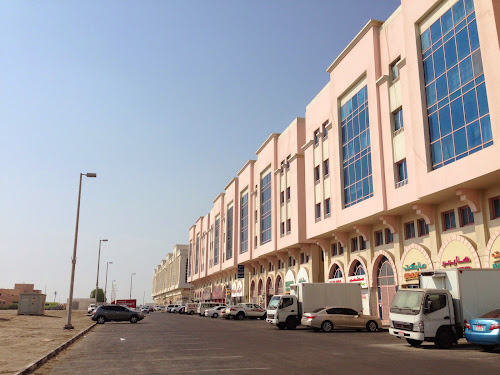 The pink shops, you can buy anything you need here

So should you be interested, that's how I'm doing all on my own in the heat of the summer. But you'll have to excuse me now as I have a date with Daenerys Targaryen and her dragons.

Until next time, thanks for reading.