They’re having a traffic safety campaign during Ramadan here in the UAE. There are regular slots on the radio where they remind us how to drive, with the help of experts who sagely advise us not to brake too hard because the person who is driving right up our back bumper may crash into us (never mind that they shouldn’t be so close to us in the first place).

Some of the messages are so serious that they broadcast them twice in a row, although given that they do this with some adverts too, I suspect that this is because they have an intern operating the entire radio station during the quiet summer months, and they don’t really know what they are doing.

Hopefully the messages are making a difference, but I’ve seen no evidence of this, in fact quite the opposite. It is definitely true that the driving here gets even more haphazard than normal during Ramadan, especially towards the end of the day when people have been without food and drink for many hours, and are rushing home to break their fast. The only thing people do is manouvere, to hell with the mirror, and I suspect many drivers have no idea how to even operate their signals. 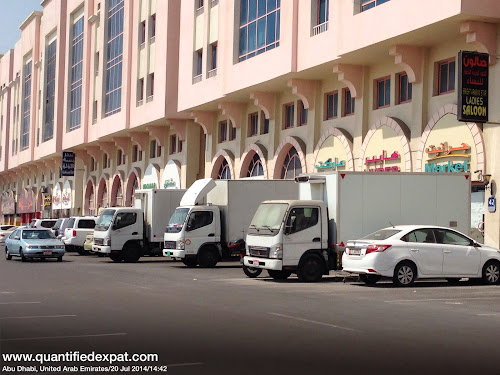 Most vehicles here are white

Today’s message was reminding people about the rules regarding tinted windows. People here often buy white cars because they apparently reflect the heat, and tint their windows to reduce the glare from the sun. The law is that you are allowed a 30% tint on your side and rear windows, but nothing on the front. The reality is that most people have at least 30% on all of their windows, including the front, and often significantly more. 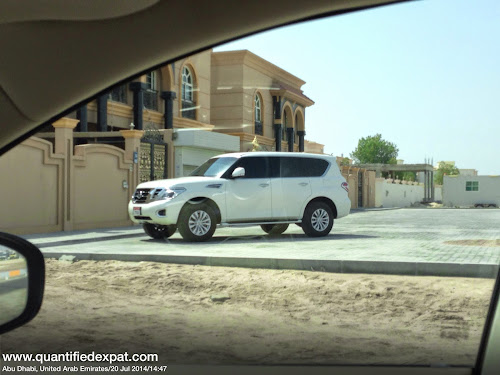 In some cases you wonder how on earth people can see out of their cars, and it is surprising what a difference it can make when you are overtaking a car but you can’t glance across to check that the other driver is aware of you and therefore isn’t going to change lanes suddenly.

It also means you can’t exchange rude gestures when another driver does something to annoy you. Well, actually you can, but you can’t have the satisfaction of knowing that they have seen you. Mind you, this is probably no bad thing, because you have to be very careful before expressing your displeasure to other drivers here as people have been known to end up in court for using certain hand signals.

All of that said, I suppose the one advantage of tinted windows during Ramadan is that no one can see you having a sneaky bite to eat in the middle of the day. Not that I would do anything like that of course.

That’s all for today’s short mid week interlude. I’m off to watch Game of Thrones now ;@)