There are lots of tips for bloggers if you look for them. One of the most common pieces of advice is to get into a routine of blogging on the same day each week, or every couple of weeks, or whatever. A number of the bloggers I follow and admire manage to do this very well, and I am sure a great deal of hard work goes into achieving that. Not me though. I have failed miserably to establish a routine meaning that this blog is at risk of joining the countless others that have started with all guns blazing only to fizzle out a short while later. In a desperate attempt to avoid this here I am again with a quick update. It remains to be seen whether this post is the final breath of a dying patient or the start of a new golden age of “The Quantified Expat” (I know which my money is on).

It’s not even as if the last five months have been quiet (actually maybe that is part of the problem). The following is just a few of the things that have been going on: 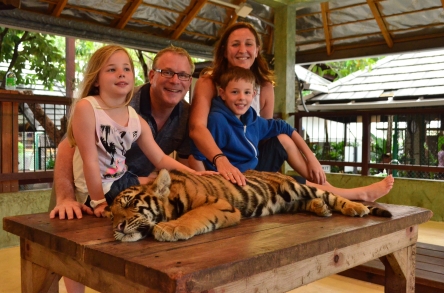 So that is you all caught up. As the weather finally starts to cool down a little the events calendar heats up here. Thursday night was Bon Jovi in concert at the du Arena on Yas Island (which Jo thoroughly enjoyed, honest), and forthcoming concerts by the Dave Matthews Band and Motley Crue complete a rock trilogy between now and the end of November (Jo has been excused these next two instalments, but is excitedly looking forward to seeing Take That / lusting after Gary Barlow in Dubai at the end of October). On the sporting side, the UAE is hosting the England – Pakistan cricket series, next weekend is the Abu Dhabi Cycle Tour, and the Grand Prix is fast approaching. It is a hard life but whilst we are here we have to make the most of it.