Twelve months out from the highly anticipated One Direction concert another boy band were in town last week. Ok, maybe boy band is the wrong description. Black Sabbath formed in the year I was born so have been going strong for more than 40 years. Last Thursday marked their first concert in the Middle East, and almost certainly their last given that the main band members are well into their 60s.

I can't say I've ever been a great fan of them, but when I heard they were playing just a few miles away I decided it would be rude not to go along. For some reason I couldn't tempt Jo to join me so I went alone.

The du Arena was nowhere near as packed as it was for the Rolling Stones, maybe about 25% (if that) of the crowd, but the organizers had constructed a temporary VIP stand part way down the field, so the crowd were all concentrated into a small area, making for a great atmosphere.

It was so hot and humid that I decided to treat myself to a beer. Treat being the right word because the prices at the du Arena are extortionate, at 60 dirhams (£10) for a beer. Mind you I wasn't as shocked as the chap next to me at the bar who had ordered four double vodkas and coke, and was convinced the barman was joking when he announced the price was more than 600 dirhams. He was still arguing about it as I left the bar.

We were treated to a warm up act, a local heavy metal band, delightfully called “Anuryzm”. They were loud, but that's all I have to say about them. 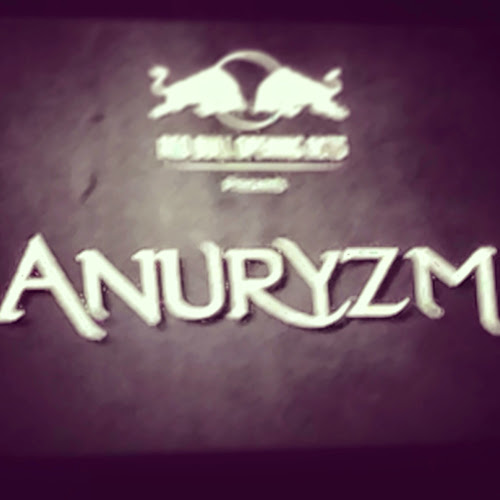 The crowd continued to build up with a real mix of people. There was a high proportion of middle aged men (including me), many of who (not me) had their other halves trailing behind them looking distinctly unimpressed by the whole thing. There were lots of young people, and quite a few families.

At around 9:20pm Black Sabbath finally appeared, and proceeded to rattle through a mix of old and new songs. Ozzy Osbourne has certainly seen better days, and half the time I wasn't convinced he really knew where he was, but he can still perform. As can Tony Iommi and Geezer Butler, but I was most impressed with the tour drummer Tommy Clufetos, who did a fantastic seven minute solo towards the end of the set. 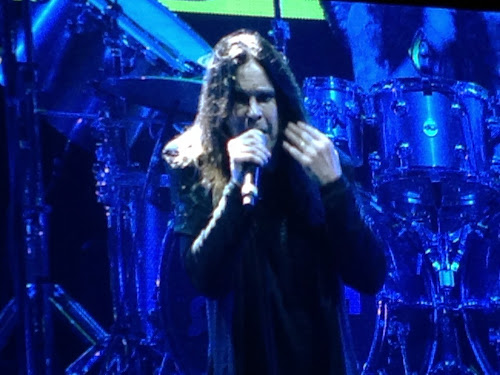 Ozzy doesn't have a great line in banter between songs, it mostly consisted of him telling us to put our arms in the air, and asking if we were enjoying ourselves. But he did sum up the evening perfectly at one point by announcing “it gets hot around here doesn't it!”.

He was spot on. At one point the heat got too much for me so I moved over to the side of the arena for a bit of a breather. I found myself next to four Indian cleaning staff stood staring at the stage looking very bemused. One of them eventually turned to me and asked, “who is this band?”. Once I'd told him he didn't seem any the wiser, and he and his colleagues continued to stare for a few more minutes before going about their business.

Almost two sweaty hours later, with ringing ears, the concert was over. I managed to get ahead of the crowd leaving and, once I had dodged a few bodies lying on the grass, clearly suffering from too much expensive beer, I was straight in a taxi and home 15 minutes later.

All in all it was a very enjoyable evening, and I'm glad I went.

As always thanks for reading.